A collaboration started as an intnership during my bachelor degree in 2009 and still going.
Kustom Tech produces high-end motorcicle parts for the custom market.
My work was to make accurate 3D models from technical drawing provided by the manufacturer. The 3D models were directly used to make molds and other production equipment.
During the modeling process i had to solve any formal issues, mantaining the stile of the concept, and to check for manufacturing feasibility. Draft angles, avoiding undercuts, and tolerances were part of the job and costantly checked with the company.
All the components are produced by forging from raw alluminium and brass. 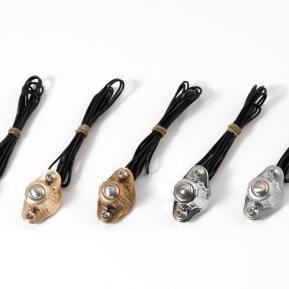 Handlebar controls on a custom Hurley 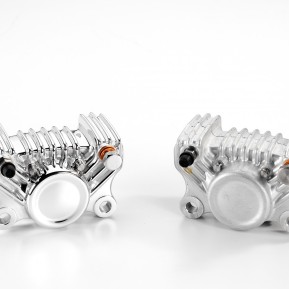 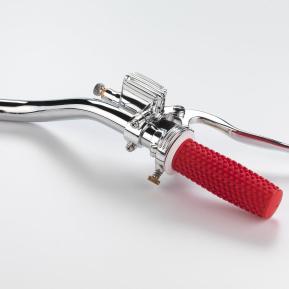 All the image are courtesy of Kustom Tech, for furter information visit:
http://www.kustomtech.eu